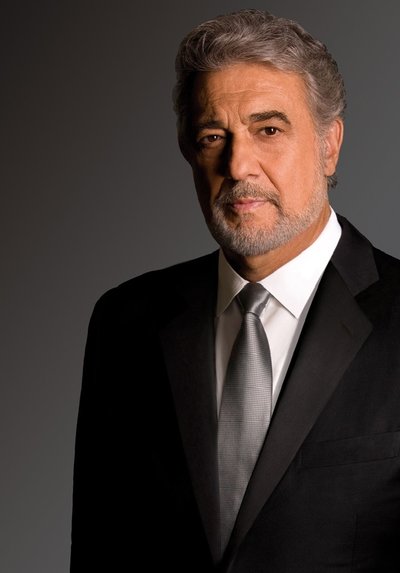 Plácido Domingo is the King of Opera, recognised not only as one of the finest and most influential singing actors in the history of opera but also as a respected conductor and a major force as an opera administrator.

He was born in Madrid and grew up in Mexico. He initially studied piano and conducting, but soon began to take voice lessons as well. He made his debut in a leading role at the age of 20 as Alfredo in La Traviata. After having spent three seasons with the Israel National Opera in Tel Aviv, he launched his major international career in 1965, and since then he has performed at all of the world’s most prestigious opera houses.

Domingo’s vocal repertoire encompasses 144 stage roles, he has more than 100 recordings, 11 Grammy Awards and two Latin Grammy Awards, and he has also won two Emmy Awards. Domingo has also made more than 50 music videos in addition to 5 feature films of operas. He has conducted many opera performances with the Metropolitan Opera, Covent Garden, the Vienna State Opera, and Los Angeles Opera among many other ensembles, and symphonic concerts with e.g. the Chicago Symphony, London Symphony, Berlin Philharmonic. Domingo was General Director of Washington National Opera for 15 years, currently he is in charge for the Los Angeles Opera. He founded Operalia, an annual international singing competition, and two Young Artist Programs which have helped to start the careers of many singers.

He has received uncountable awards and prizes, and also honorary doctorates for his lifelong commitment and contribution to music and the arts. In 2012 he was appointed as UNESCO Goodwill Ambassador. He has raised millions of dollars through benefit concerts to aid the victims of many natural disasters.
His carrer started in 1959 but there are no signs of slowing down: he is scheduled to give many performances, between singing and conducting all around the world.

Plácido Domingo is a legendary figure of operatic life in the 20th and 21st centuries, a true renaissance man, who has contributed so much to the art world apart from his qualities as an opera singer. He has ventured into the genre of operetta, he has appeared at pop concerts, and promoted opera as one of the Three Tenors. Later, he also made his debut as a conductor, and for many years now he has assisted the talents of the new generations. He has had a long-lasting relationship with the Hungarian audiences and Hungarian artists as he appeared on stage of the Erkel Theatre in different roles, and conducted at the Opera House.

As an opera singer, he makes his debut at the Opera House at the Shakespeare Gala.

We look forward to welcoming you and your partner to the Hungarian State Opera on 6 February 2016.

Dress code:
Guests at the Shakespeare Ball are not required to adhere to the classical definition of “Black Tie”. Instead, gentlemen may chose to wear
a dark suit with a black bow tie, while ladies may wear an evening dress or cocktail dress.